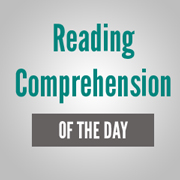 China lodged a strong diplomatic protest against its long-term strategic ally and neighbor North Korea, after three Chinese were shot and killed by border troops. Foreign Ministry spokesperson Qin Gang said that Beijing had lodged a formal diplomatic complaint with Pyongyang over the incident, in a rare public criticism of North Korea from its only international ally. “On the morning of June 4, some residents of Dandong city of Liaoning province were shot by DPRK [Democratic People’s Republic of Korea, as the North is officially known] border guards on suspicion of crossing the border for trade activities, leaving three dead and one injured”, said Mr. Qin. After the incident, China attached great importance to it and immediately raised solemn representations to the DPRK. The shooting, which also left one person injured, was first reported over, “the weekend by the North Korea Intellectuals Solidarity, a group of defectors based in Seoul, South Korea. The group said, “the three Chinese were traders who were trying to smuggle copper into China”. Chinese officials did not verify this claim, and said investigations into the incident were still progressing. Recent months have seen some signs of discord between the long-term allies, with China coming under increasing international pressure to take action against North Korea over an attack on a South Korean warship. Following the March 26 sinking of the Cheonan warship, which left 46 sailors dead, South Korea and the West have been calling for strong sanctions against North Korea.

Congratulations - you have completed Reading Comprehension: Passage 8. You scored %%SCORE%% out of %%TOTAL%%. Your performance has been rated as %%RATING%%

Your answers are highlighted below.
The relations between China and North Korea have traditionally been
Question 1 Explanation:
The answer can be found in the lines: ‘Recent months have seen some signs of discord between the long-term allies…’. The word ‘ally’ means one party in helpful association with another which means China and Korea have been long term partners. So we need a positive word here. Antagonistic and Belligerent both mean hostile and adversarial. Apathetic means without concern. So the answer is Option A.
Qin Gang may reside in
Question 2 Explanation:
The answer can be found in the line ‘Foreign Ministry spokesperson Qin Gang said that Beijing had lodged a formal diplomatic complaint with Pyongyang over the incident, in a rare public criticism of North Korea from its only international ally’. Since the spokesperson criticized nothing Korea, he must be Chinese spokesperson. So the answer is Chinese capital city, Beijing (Option A).
The people shot dead were
Question 3 Explanation:
As given in the passage, these people were killed on suspicion that they were trying to smuggle copper from North Korea to China. Since it was a mere suspicion and not a confirmed fact, the answer is option D.
North Korea is being sidelined by the international community because of its
Question 4 Explanation:
The answer can be inferred from the last 2-3 lines of the passage. North Korea has been involved in attacks, shootings, and killings. So, it is being sidelined by international community for being antagonistic and hostile. Thus, the right answer is option (D), belligerence.
Once you are finished, click the button below. Any items you have not completed will be marked incorrect. Get Results
There are 4 questions to complete.
Return
Shaded items are complete.
Return
You have completed
questions
question
Your score is
Correct
Wrong
Partial-Credit
You have not finished your quiz. If you leave this page, your progress will be lost.
Correct Answer
You Selected
Not Attempted
Final Score on Quiz
Attempted Questions Correct
Attempted Questions Wrong
Questions Not Attempted
Total Questions on Quiz
Question Details
Results
Date
Score
Hint
Time allowed
minutes
seconds
Time used
Answer Choice(s) Selected
Question Text
All done
Need more practice!
Keep trying!
Not bad!
Good work!
Perfect!